With advance knowledge that the majority of tonight’s setlist will be drawn from Nick Cave‘s triptych of grief-reckoning albums – 2016’s Skeleton Tree, 2019’s Ghosteen and 2021’s Carnage – you’d be a damn fool not to opt for waterproof mascara. As Spinning Song floats in, we brace ourselves for what we already know will be a religious experience.

Cave introduces song two: “This is a song called Bright Horses.” Have you actually heard this one? We’re collectively undone. “Well, there are some things too hard to explain/ But my baby’s coming home now, on the 5:30 train…” – in light of what happened, Cave losing not one but two sons – tragically – in separate incidents in recent years, many of his lyrics are especially crushing. And Warren Ellis – playing synth for the majority of this show – wrenches all manner of sounds, both holy and unholy, from the instrument as we watch his busy hands, adorned with chunky rings, in close-up on the giant screens. Later in the show, during a cover of T. Rex‘s Cosmic Dancer, Ellis lies back over a chair playing the violin, knees bent up like a turtle trying to flip over; he really is the living embodiment of the absinthe fairy. “Wuuuun, twooo, threeee, fooour…” – gotta love Ellis’s so-Aussie way of loudly counting in songs.

“Are you having a problem there with the seats? Alright? This is a song about… Oh, I forget now. It’s about something that happened many, many years ago in room 33 in a hotel in New Orleans. A kind of miracle on an atomic and cosmic level. That’s right. That’s fucking right,” is how Nick Cave introduces Night Raid, and we couldn’t possibly love him any more right now. Against the spectacular backdrop of Hanging Rock, these songs sound even more profound: “Sitting on the edge of the bed clicking your shoes / I slid my little songs out from under you….” – Cave’s poetic lyrics never fail to impress. Ellis’s mournful background vocals float in and out, sounding perfectly at home alongside the glorious backing vocalists, the trio of T Jae Cole, Janet Ramus and Wendi Rose – all of whom wear exquisite glittery gold robes (probably The Vampire’s Wife, Susie Cave‘s divine label).

“I’ll shoot you in the fucking face if you think of coming around here” – Cave can be absolutely terrifying, as demonstrated during White Elephant, but also so incredibly tender: “Waiting for you, waiting for you…” – Cave’s voice cracks while challenging the upper reaches of his vocal range during Ghosteen and we’re reminded just how much pouring his grief into song, and sharing his journey, has helped those among us who are navigating our own losses.

Eventually, fans spill down into the front section. You don’t know what you’re missing if you’ve never been within spitting distance of Cave at one of his live shows. During the epic, 15-minute Hollywood – as Cave recounts the Buddhist legend of Kisa, whose baby died – we’re emotional messes as he reaches out and clasps hands with members of his congregation – his chosen ones – as if drawing strength from us mere mortals. 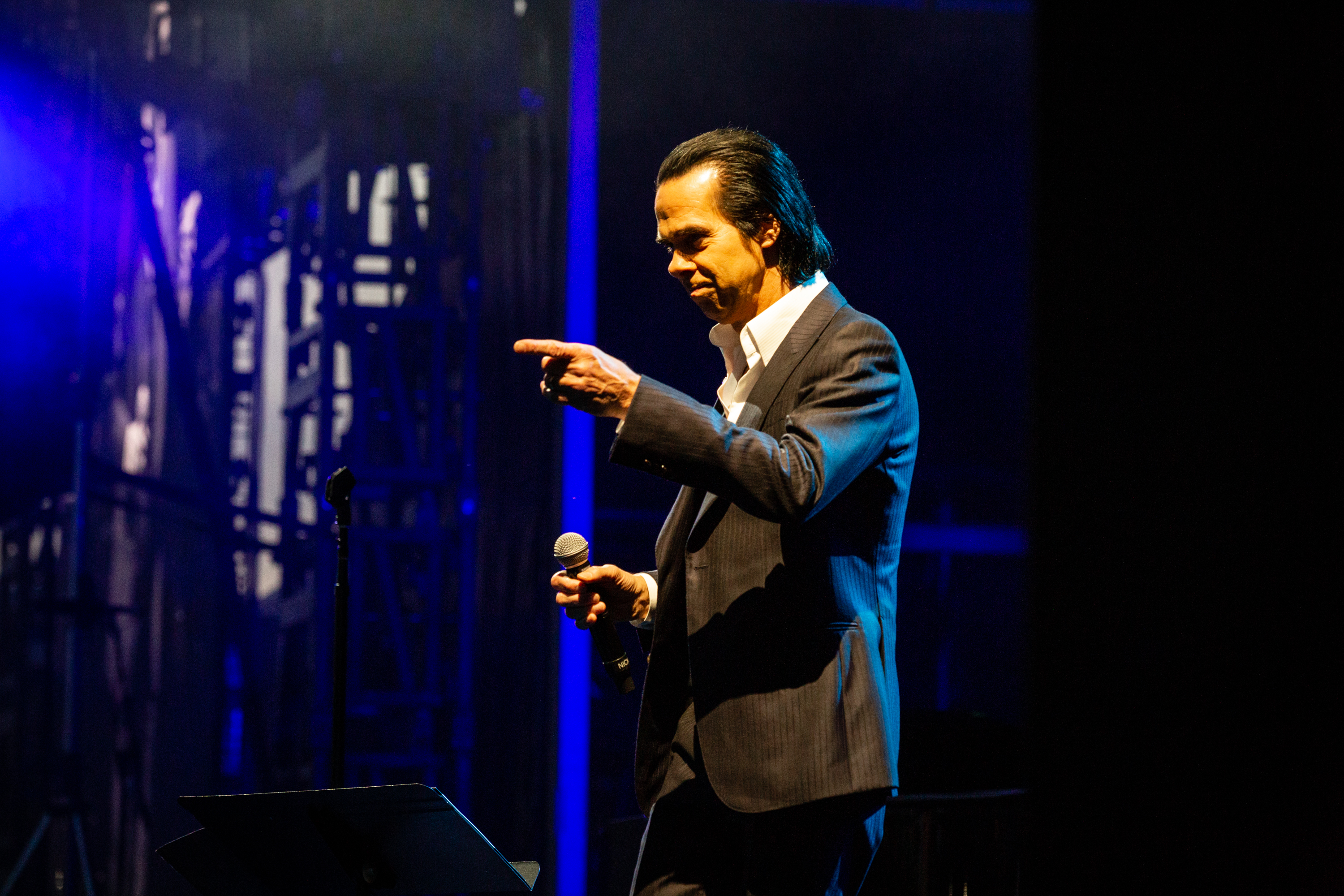 None of us expected to hear Henry Lee – Cave at the piano, conducting our drunken-choir karaoke: “And the wind did howl / And the wind did blow / La-la-la-la-la / La-la-la-la-lee…” – one of the backing vocalists absolutely shines while taking PJ Harvey‘s parts. As the audience sways and lurches, The Weeping Song feels like much-needed therapy. The understated elegance of Into My Arms never gets old, and we could definitely use a hug.

In light of the universal anguish, we’ve all faced these last couple of years, the music of Cave and Ellis takes on additional gravitas. The creative collaboration between Cave and Ellis is untouchable. They embrace at set’s close, and their mutual admiration for society is always a joy to behold. We leave feeling as if we’ve been touched by the “hand of God”.

3 days ago Niki Wae
We use cookies on our website to give you the most relevant experience by remembering your preferences and repeat visits. By clicking “Accept All”, you consent to the use of ALL the cookies. However, you may visit "Cookie Settings" to provide a controlled consent.
Cookie SettingsAccept All
Manage consent