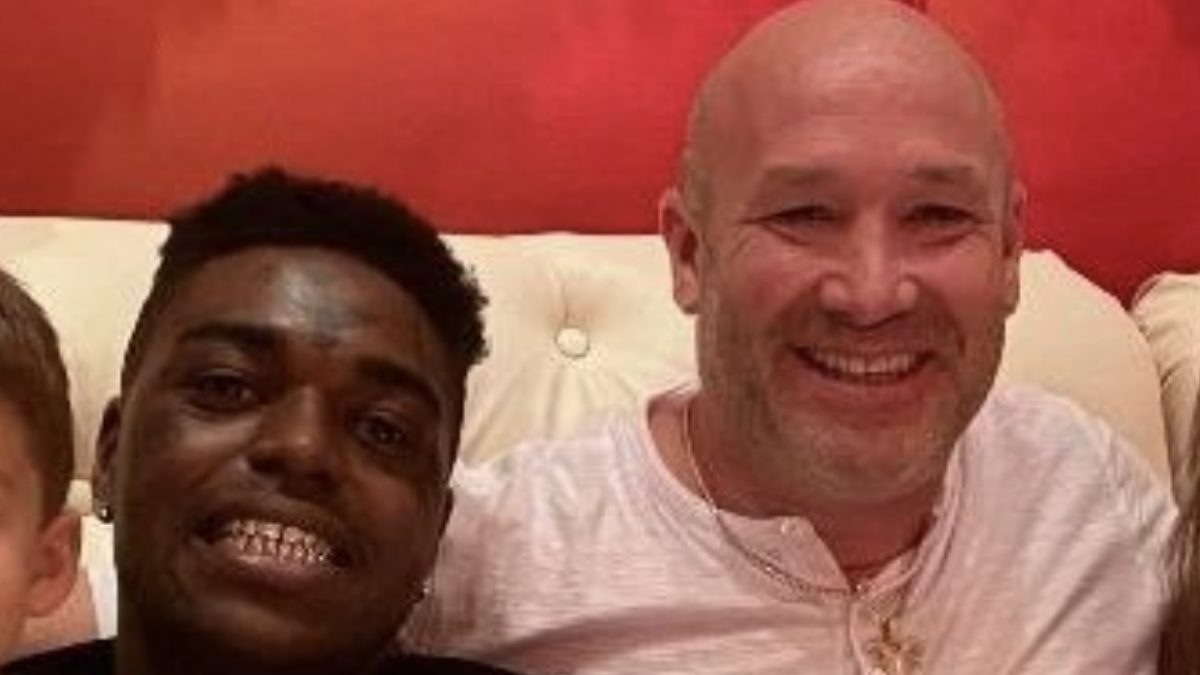 Kodak Black has a lot to be thankful for this holiday season, including a gift from his lawyer, Bradford Cohen, in the form of a glossy diamond-studded chain.

“Early MERRY CHRISTMAS to my friend @kodakblack,” Cohen wrote on Instagram. “My man @dany.miami and @all_cash_no_credits hooked it up. Such a cool store with sneakers, clothes and out everything. Thank you Dany for making it happen appreciate you.”

The chain came with a shiny set of dog tags engraved with a special message for Kodak to rely on if he’s ever in trouble with law enforcement again.

“I invoke my rights. I want my lawyer,” the pendents read, followed by Cohen’s phone number.

Kodak Black shouted Cohen out on 2022 track “Haitian Scarface.” “I ain’t never had no daddy, I been calling Brad my father/ He more to me than a lawyer, he there every time I call him,” he raps.

In an interview with HipHopDX on the AMAs red carpet over the weekend, the Sniper Gang boss made sure to include Bradford Cohen on his list of favorite white people.

Cohen gifted a similar chain to DMX after representing him in the early 2000s in a few cases stemming from a Miami arrest.

Kodak has developed quite a bond with his attorney who has helped him navigate multiple cases and gun charges over the course of his career. Yak was serving a 46-month sentence for falsifying documents related to a gun purchase until Cohen’s relationship with Donald Trump helped him earn a pardon in January 2021 during the former president’s final hours in the Oval Office.

The 25-year-old was arrested in July on drug trafficking charges in Florida when officers claimed his vehicle reeked of marijuana, so they conducted a search and came up with 31 Oxycodone pills and $74,960 in cash. Police said his tags and license were also expired, which resulted in Kodak being temporarily placed on house arrest.

On the music side, the Florida native returned with his Kutthroat Bill: Vol. 1 album in October, which debuted at No. 8 on the Billboard 200 chart.

To complete the subscription process, please click the link in the email we just sent you.