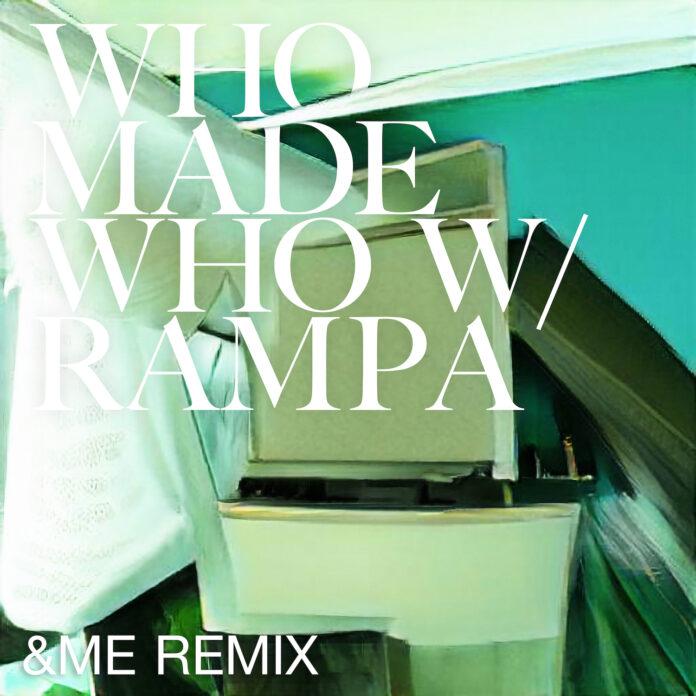 On April 29, subsequent practically a year of intercontinental hearsay and speculation, celebrated Danish are living act WhoMadeWho unveiled the facts and future launch date of their seventh comprehensive-length studio album UUUU. A thirteen-keep track of opus established for release on May well 27 by way of German imprint Embassy One particular, the album announcement was marked by the release of the substantial collaborative album title track with Rampa – UUUU.

Now, with the launch of the band’s long player just a fortnight absent, WhoMadeWho unleash one ultimate pre-album reward, as they enlist Berlin-centered producer and Keinemusik co-founder &ME to present his individual resplendent interpretation of the ethereal 6-moment album one.

One particular of the most in-need artists in electronic audio these days, there are very couple producers on the circuit who can lay declare to these types of an plentiful slew of dancefloor juggernauts as &ME. The person behind tracks such as Muyé, Discoteca, The Rapture Pt.II and perhaps most notably his 2019 remix of Male Gerber’s What To Do, the earlier several years has also observed &ME enable spearhead the large global results of the Keinemusik collective, along with esteemed label mates Rampa, Adam Port and Reznik.

Providing a superbly nuanced underground house lower, awash with luscious analogue textures, restrained rhythms and a blissful groove that bolsters the record throughout its period, &ME’s remix is an complete masterclass from the off its pulsating heartbeat and teasing builds sweeping and soaring with intense delight. Subtle nonetheless enormous, the remix is developed with the poise and magnificence of an artist who has been fascinating minds with his tunes for above fifteen many years – an artist whose capacity to link modern creation with consensual reception building him one of the most distinctive and authentic figures in the video game.

In the several years considering the fact that their inception WhoMadeWho have founded on their own as just one of the definitive underground bands of their technology, renowned for their extraordinary grasp of emotional depth, heartrending melody and motivated song writing. The group, comprised of Tomas Høffding, Tomas Barfod and Jeppe Kjellberg, inject consummate professionalism into standout performances all above the world, from Roskilde to Sonar, Soften! to Burning Person and have produced 7 albums and a plethora of EPs, singles and remixes on labels like Kompakt, Innervisions, Existence & Demise. With Barfod’s penchant for electronic tunes poetically juxtaposed with Høffding and Kjellberg’s respective backgrounds in rock and jazz, their audio is an electrifying combination of seems, merging a wide range of influences to deliver a unique sonic fingerprint that is emotive, irresistible and immensely satisfying.