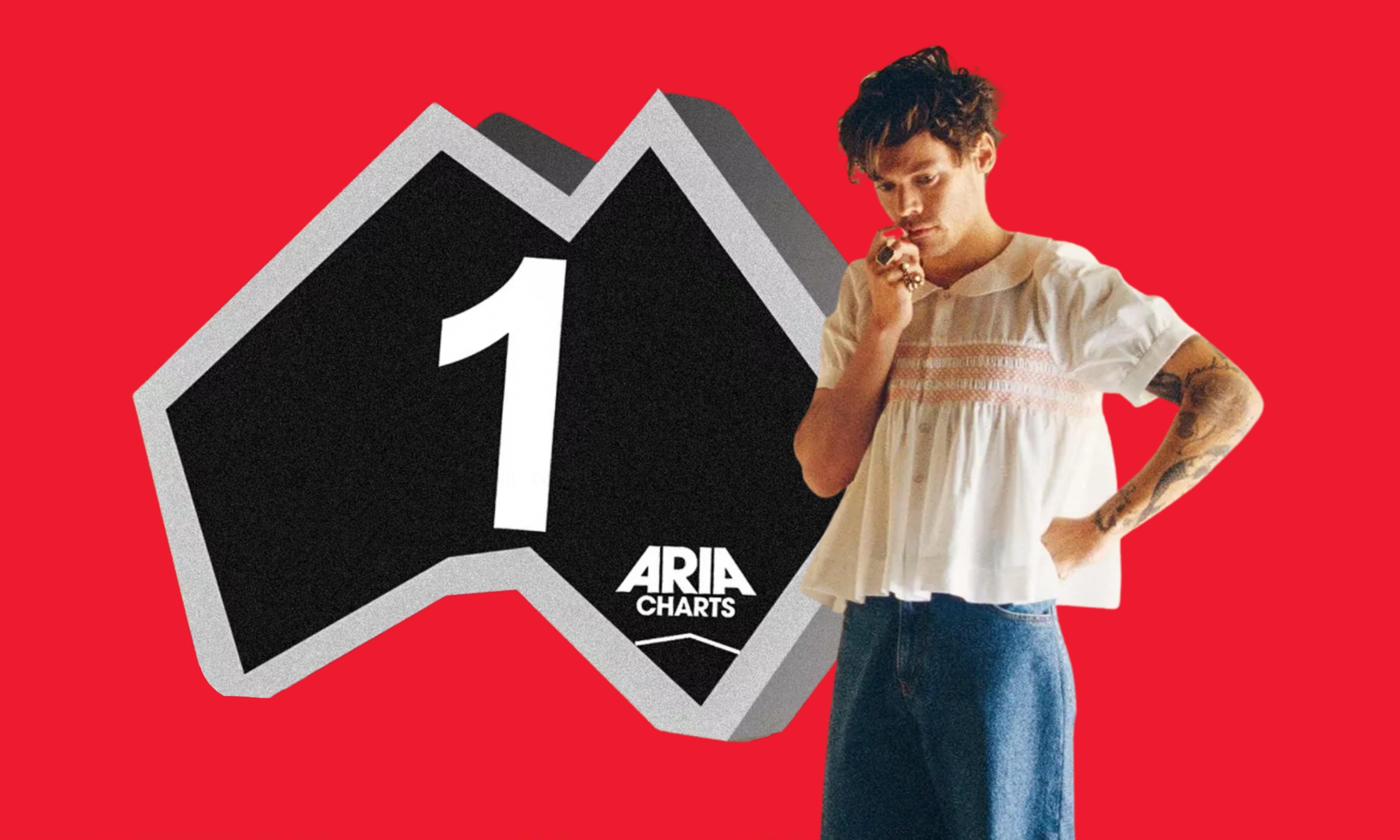 Harry Styles regains the top spot in Australia this week with his latest song As It Was, thanks to his Coachella streamed appearances.

As It Was also reclaims a second week at #1 in both the US and Canada, while it holds for a fourth straight week in England and Ireland, plus by going back to the top in Australia the song is Styles’ longest-running #1 song locally, surpassing the single week his first chart-topper achieved in Sign Of The Times on April 17th, 2017. And with Styles’ third album Harry’s House (May 20th) out in three weeks, the song is most likely to be hanging around the upper reaches of the chart.

Swapping the top two places this week sees Jack Harlow down one spot to #1 with his first #1 song First Class, which remains for a third week at the summit in New Zealand, after which is the first of two non-movers within the Top 10, Heat Waves for Glass Animals at #3, scoring its 65th week within the Top 10 (still the longest of all time), and the track is newly certified 10x▲ Platinum in sales (only seven weeks after it went 9xP).

The first of two new Top 10 berths this week is the highest entry to the chart; The Kid LAROI and his first new material for 2022 called Thousand Miles, which debuts at #4 this week landing one place higher than his current chart entry Stay with Justin Bieber (who issued a new song on Friday called Honest), down one spot to #5 and logging its 42nd week within the Top 10 (3rd longest of all time). It becomes the local singer’s fifth Top 10 single, and with him touring the country later this month (and next) it should ‘stay’ around too, while the new song has also landed on the charts in New Zealand (#6), Ireland (#19), England (#21), Sweden (#14) and Norway (#13).

The other artist with two Top 10 entries this week is Ed Sheeran, who has the second longest-running Top 10 single of all time with Bad Habits (43 weeks) and seventh-longest with Shivers (32 weeks) both down one spot apiece to #6 and #9 respectively. In-between the Ed tracks we have two more new certs with Where Are You Now for Lost Frequencies and Calum Scott; a non-mover at #7 and now 2x▲ Platinum, while dropping two places to land at #8 is the Elton John and Dua Lipa entry Cold Heart (PNAU Remix) now 5x▲ Platinum in sales, and with it scoring a 37th week inside of the Top 10, it’s now the sixth-longest of all time.

The second track to land within the Top 10 this week is the Latto song Big Energy which rises four places to land at a new peak of #10, helped by a new remix of the track by DJ Khaled featuring Mariah Carey vocals from her first Australian chart-topper Fantasy (1 week on October 8th, 1995), which in itself featured a sample from the April 1982 single Genius Of Love by Tom Tom Club (HP-57 in Sydney only). By cracking the Top 10 here, Australia becomes the second country to make it a Top 10 hit after the US. where it peaked at #3 while it has so far hit #11 in Canada and #12 in New Zealand.

There are no climbing tracks within the Top 20, but of the three non-movers, one is remaining at its peak of #18, SUPER-HI with Neeka and Following The Sun. The first track to climb outside of the Top 10 is Tate McRae‘s She’s All I Wanna Be (HP-19), back up three spots to No.23, while the Harry Styles rebound continues with his Watermelon Sugar track, which races back up twelve places this week to lands at #25.

Elley Duhe remains stable at #27 with Middle Of The Night (HP-25), which is now Gold (●) in sales, while Dean Lewis climbs back up four places to reclaim his former entry and peak position of #29 for a third overall week with his latest track Hurtless. Doja Cat‘s Woman is back up three to #32, while Billie Eilish reclaims four chart-rungs with Happier Than Ever to #36. Willow‘s 2015 track jumps up nine spots to land at a new peak of #37, while one month after its first Platinum sales cert, this week it is newly 2x▲ Platinum in sales, while the song also debuts at #34 in New Zealand too.

Adele‘s Easy On Me and Imagine Dragons‘ Enemy both dip one place each to #21 and #22, with two place drops for Kiss Me More by Doja Cat to #24, followed by falling remixes for Down Under to #26 and Tom’s Diner to #28. The first big drop for the week is by the Encanto entry We Don’t Talk About Bruno, which falls eight places to #31, while Shawn Mendes‘ latest entry When You’re Gone limps down four spots to #33, with nine place tumbles occurring for both Dreams by Fleetwood Mac and In My Head for Lil TJay to #39 and #40 respectively.

The ACraze remix of the Cherish track Do It To It is another eight place drop, down to #42, followed by a six-place drop to #44 for Let’s Trot by Brothers and Joel Fletcher, with Boyfriend by Dove Cameron down four to #45 and Numb Little Bug for Em Beihold slipping down five to #49.