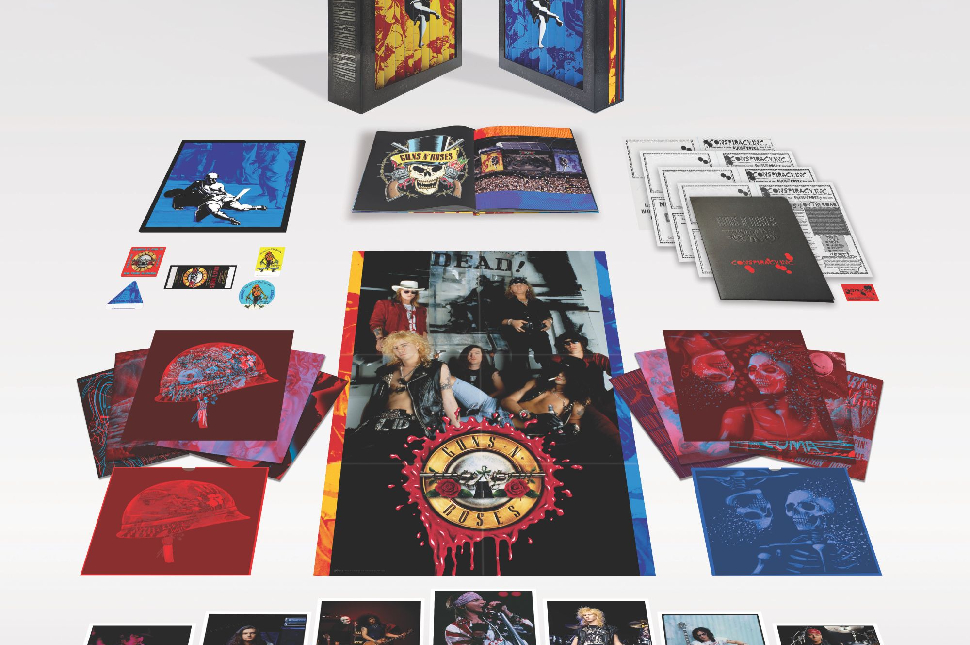 Guns N’ Roses have unveiled a new version of their classic hit November Rain featuring a 50-piece orchestra as part of the upcoming Use Your Illusion I & II 30th anniversary reissue, out next Friday, 11 November.

Here in Australia, November Rain was the band’s biggest song, tipping over twice platinum and becoming the second highest-selling single for 1992 behind Billy Ray Cyrus’ Achy Breaky Heart. The track then backed up in 1993 as the year’s 36th biggest track, spending 41 weeks in the top 50, a record for its time.

The already majestic track becomes even more so with this new arrangement, as Porcupine Tree founder Steven Wilson handled the mix, tweeting, “The new 2022 version is the same performance as the original but with newly recorded orchestration replacing the sampled sounds used on the original mix.”

Television composer Christopher Lennertz, who has recently scored the series’ The Boys and Lost In Space and composed the music for 218 Supernatural episodes, arranged the new orchestral elements.

The Use Your Illusion packages will be packed with treats like this one. However, diehard Guns N’ Roses fans will really want the Super Deluxe Edition, which boasts 97 songs, including 63 previously unreleased tracks, unreleased concert recordings on eight 180-gram vinyl LPs (each being newly mixed from the original multi-track tapes), a Blu-Ray featuring an entire 1991 Live In New York film, and more. Go here if you’re interested in pre-ordering any Use Your Illusion anniversary stuff.

Self-described as “the biggest rock band on Earth”, Rockin’ 1000 stage enormous collaborative concerts that celebrate the connectivity and community of live music performance. Over 50,000 people reportedly attended the Paris event.

The cover of Paradise City amplifies the widescreen feel of the already stadium-sized anthem, creating a vision of musical unity, joy and noise that embodies the point of Rockin’ 1000. Check out the Paradise City cover here.

Guns N’ Roses are touring Australia later this month; support acts Aussie punk favourites The Chats and Cosmic Psychos secured the honour of warming the stage for one of the biggest bands on earth.

Check out the new version of November Rain below.

For ticketing and all other info, head to www.tegdainty.com.