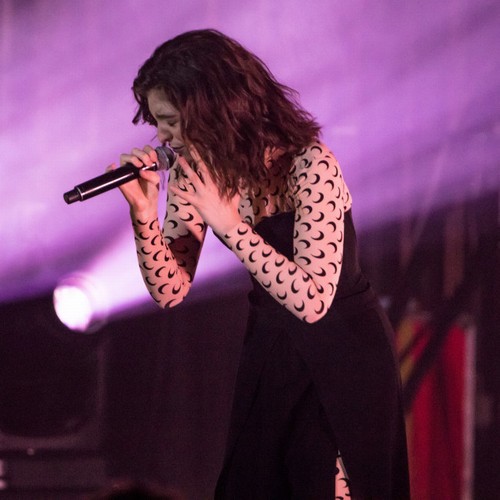 Lorde has warned touring has reached “an almost unprecedented level of difficulty”.

The ‘Green Light’ singer – who has been on the road for most of the year – admitted the costs of putting on live shows are spiralling due to various factors including the global economic downturn, “three years’ worth of shows” happening at the same time, and fans’ “totally understandable wariness” around health risks in the wake of the COVID-19 pandemic, but most artists are reluctant to raise ticket prices by too much or they risk alienating their supporters.

She wrote in a newsletter to fans: “Basically, for artists, promoters and crews, things are at an almost unprecedented level of difficulty.”

She continued: “To freight a stage set across the world can cost up to three times the pre-pandemic price right now. I don’t know s*** about money, but I know enough to understand that no industry has a profit margin that high.

“Ticket prices would have to increase to start accommodating even a little of this, but absolutely no one wants to charge their harried and extremely-compassionate-and-flexible audience any more f****** money.

“Nearly every tour has been besieged with cancellations and postponements and promises and letdowns, and audiences have shown such understanding and such faith, that between that and the post-COVID wariness about getting out there at all, scaring people away by charging the true cost ain’t an option. All we want to do is play for you.”

While Lorde feels lucky that the money she makes in other aspects of her career means the cost of touring doesn’t pose an issue, she warned going on the road has become a “demented struggle to break even or face debt” for less mainstream acts.

The 26-year-old star expressed her concern at the impact these issues have on the mental health of everyone involved in putting a tour together, noting a vast number of artists have axed gigs over the last year.

She wrote: “We’re a collection of the world’s most sensitive flowers who also spent the last two years inside, and maybe the task of creating a space where people’s pain and grief and jubilation can be held night after night with a razor thin profit margin and dozens of people to pay is feeling like a teeny bit much…

“Just a month ago I was looking at a show that was pretty undersold and panicking, only for it to sell the remaining 2,000 tickets in ten days. Wild stuff.

“I wanted to put all of this in your minds to illustrate that nothing’s simple when it comes to touring at the moment, and if your faves are confusing you with their erratic moves, some of this could be playing a part.”