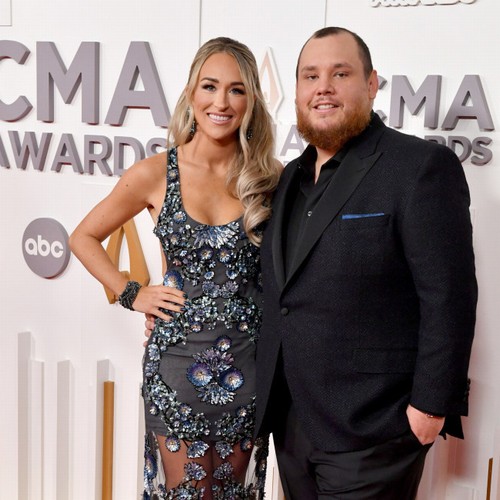 Luke Combs was the big winner at this year’s CMA Awards.

The 32-year-old singer scooped the coveted Entertainer of the Year prize and the Album of the Year accolade for ‘Growin’ Up’ at the ceremony at the Bridgestone Arena in Nashville, Tennessee, on Wednesday (09.11.22).

Upon accepting the Entertainer of the Year prize, Luke – who attended the event with his wife Nicole Combs – said: “I want to thank country music for making my dreams come true, my beautiful, beautiful wife Nicole, our beautiful four-and-a-half-month-old son Tex at home right now. This is a dream come true.”

Luke beat off competition from Miranda Lambert, Chris Stapleton, Carrie Underwood, and Morgan Wallen in the Entertainer of the Year category.

He said: “There is nobody in this category that doesn’t deserve to be standing up here.

“And I am just so thankful to my team. Everybody that’s been a part of this journey, everybody in this room, I owe so much to you.

“I love you so much. I just cannot believe this. Thank you for country music, and let me tell you one more thing about tonight. This is my fifth or sixth time at this award show, and country sounded more country than it has in a long time tonight.”

Lainey Wilson also tasted success on the night, winning New Artist of the Year and Female Vocalist of the Year, in which she overcame Miranda, Carrie, Ashley McBryde and Carly Pearce.

Cody Johnson also scooped two prizes at the spectacle, winning both Single of the Year and Music Video of the Year for his tune ‘Til You Can’t’.

Other winners included Chris Stapleton landing the Male Vocalist of the Year award, while Brothers Osborne won Vocal Duo of the Year, and Old Dominion were awarded the Vocal Group of the Year prize.

Entertainer of the Year

New Artist of the Year

Female Vocalist of the Year

Male Vocalist of the Year

Album of the Year

Single of the Year

‘Til You Can’t’ – Cody Johnson

Song of the Year

Vocal Duo of the Year

Music Video of the Year

‘Til You Can’t – Cody Johnson

Musical Event of the Year

‘Never Wanted To Be That Girl’ – Carly Pearce and Ashley McBryde

Vocal Group of the Year

Musician of the Year