Toro y Moi set the mood with a lively performance filled with psychedelic pop and electro-funk tones to get everyone grooving along. They haven’t been in the country since 2016, and since then, they’ve released four LPs to add to their extensive catalogue, so they’re excited to share a lot of new material with us.

It’s hard not to succumb to their infectious beats with slick basslines and colourful melodies that soon create a frenzy of dancing throughout the arena. The band creates a circle around their decks of synthesiser equipment for a playful musical jam with a few songs before celebrating their last show for this tour with a cover of Daft Punk’s Doin’ It Right.

As the speakers thump with a heavy bass, Channel Tres and his entourage of dancers emerge from a cloud of smoke, wearing matching outfits with cool shades and shimmering pants. “Did y’all come to party tonight or what?” Shouts Channel Tres. They set off with Jet Black, commanding the dancefloor with their hypnotising choreographed moves propelled by an undeniably catchy house music track. Channel Tres shows off his incredible versatility by blending hip-hop, synth-pop, rap, disco and more into his unique style, accompanied by his deep baritone vocals and magnetic stage presence. He showcases this in his jam-packed set, including his collaboration with Flight Facilities (Lights Up), SG Lewis and Robyn (Impact) and JPEGMAFIA (Black Moses). His swagger and flow are intoxicating, and he puts us in the mood to party all night long with his new single, 6am. When the baseline comes in, he tells us he wants everyone to fucking move for his track Top Down, and we follow suit. 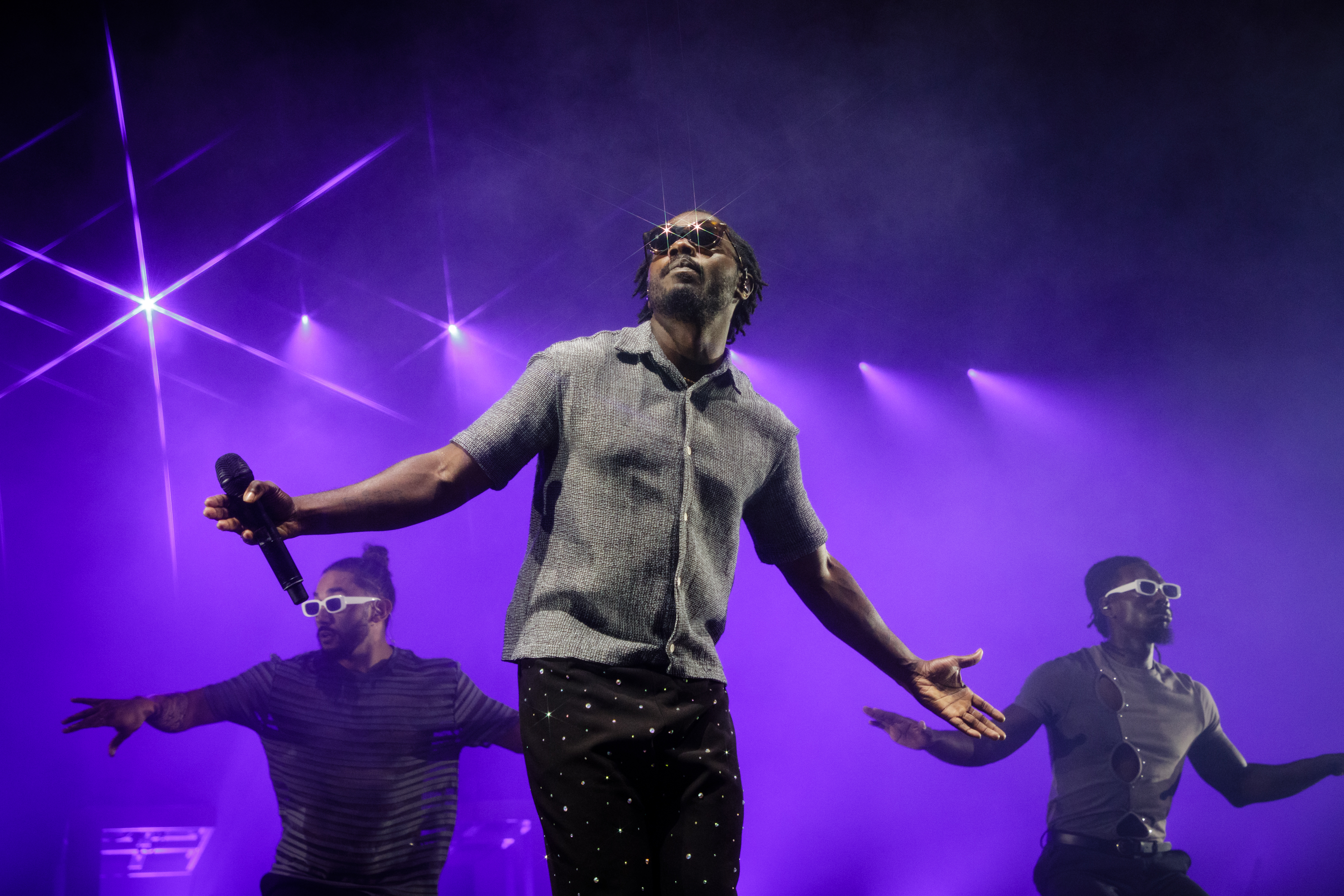 Flume stands beneath a towering arch that rotates into position around the stage. Wearing his signature racing outfit, he revs the engines of his decks at full throttle. Flume launches right into instant crowd-pleasers with Holdin’ On and Drop The Game. “It’s been a weird few years, but it’s so good to be back home doing shows like this,” he declares.

The Aussie electronic golden boy is celebrating ten years since releasing his debut self-titled album and also his recently released album Palaces, so we gear up for a huge set list packed with plenty of surprises to keep us guessing. Toro y Moi is welcomed back to the stage to sing his live vocals on The Difference, followed by Kučka on vocals for Escape, Smoke & Retribution and Hyperreal. MAY-A steps up for tracks, including Say Nothing and Never Be Like You. Between vocal guests, Flume shares some of his best remixes, including Disclosure’s You & Me, Hermitude’s HyperParadise, and a special tribute to Sophie with his remix of Is It Cold In The Water? 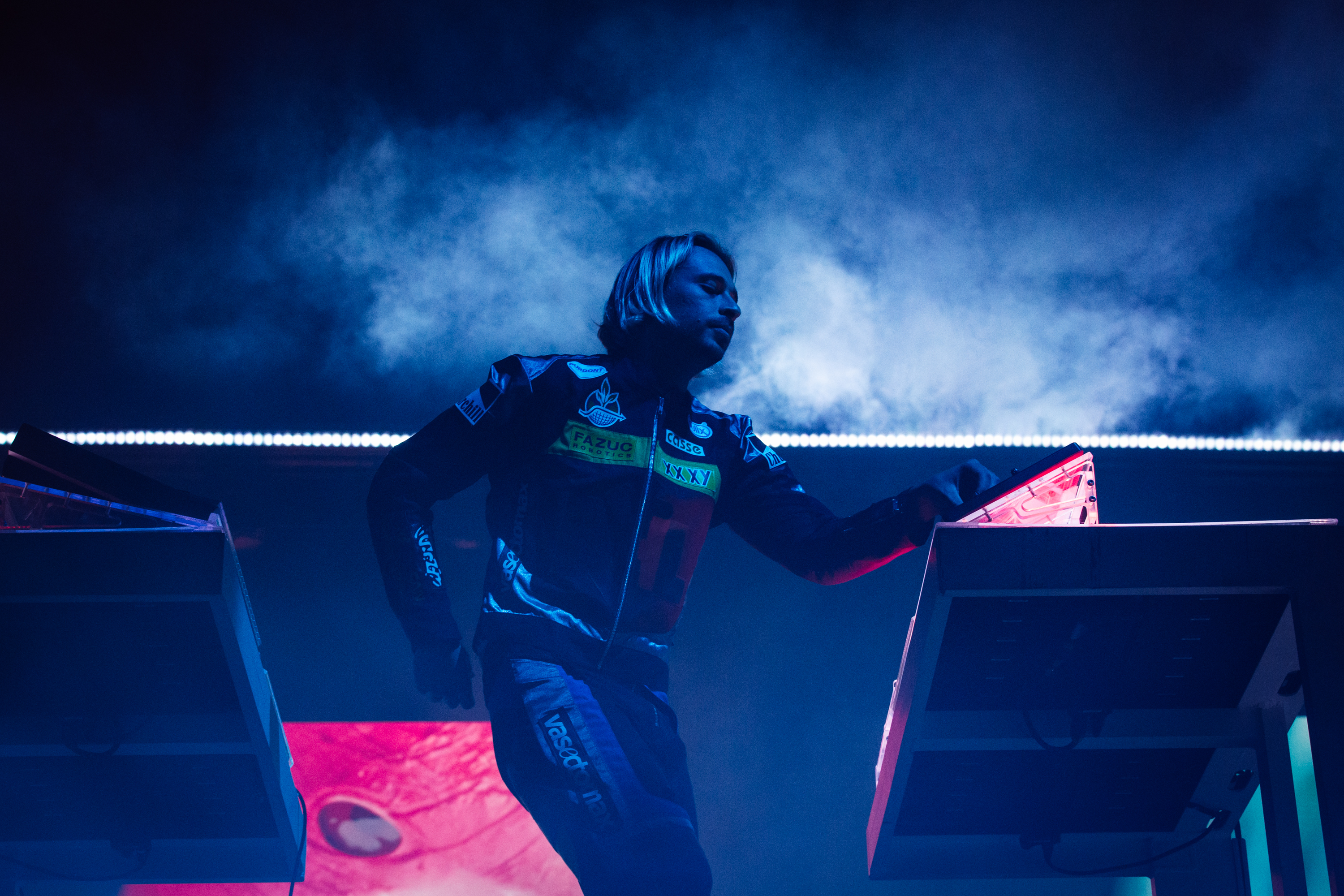 Flume pushes his experimental dance music to the limits with vibrant, abstract sounds with glitchy effects and chopping vocal edits to create an ear-bending soundscape to lose ourselves in. We feel the floor shaking beneath our feet as he unleashes his unique bass-heavy drops of industrial beats that pulsate throughout our bodies. The sonic pace is a rollercoaster of ups and downs full of chaotic twists and turns in every element of the production. Neon lights and hyperreal visuals project on the screen behind him and onto the rotating archway to draw us into his distorted world. He takes it back to his first record, where it all began with tracks including Insane, Sleepless and On Top. He also shares a song from the vault that he just recently released from his old hard drive of music from that era called Slugger 1.4 [2014 Export.WAV]. Following his popular remix of Lorde’s Tennis Court, he holds up some champagne and gives us a final toast. The crowd anticipates his return, and he still has one last trick up his sleeve.

“My first record is ten years old…we old as fuck!” He shouts. “I dug up the laptop and found some really cool beats…I’d like to play one for you tonight.” Despite it getting leaked back in the day, he tells us he actually finished it today, and he debuts it live for us tonight. The track is full of swirling kaleidoscopic synth with earth-shattering beats to bring the house down. We hold up our phone torches and illuminate the arena for one last send-off.